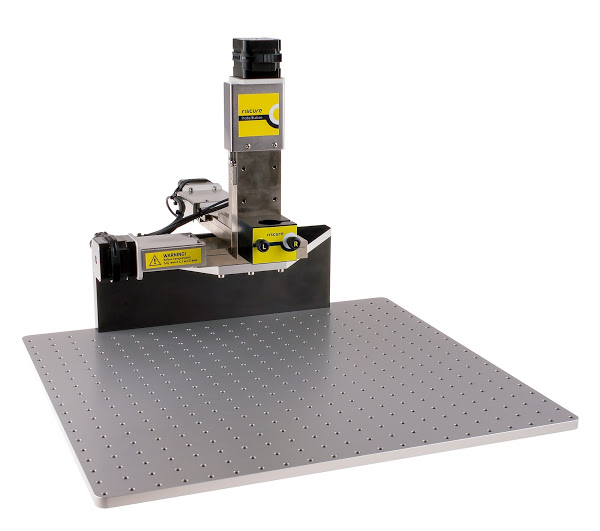 Software-controlled precision XYZ table. The default XYZ stage for various Riscure hardware components which need accurate positioning above the device under test. The XYZ stage consists of three high precision stages with a small step size, small backlash and small yaw. The stages have a surface ground steel carriage and a high precision screw pitch. The base frame allows maximum flexibility for mounting device under test, from small smart cards to large printed circuit boards with a significant height. At the same time the frame holds the XYZ stages at a constant position during load and temperature changes.